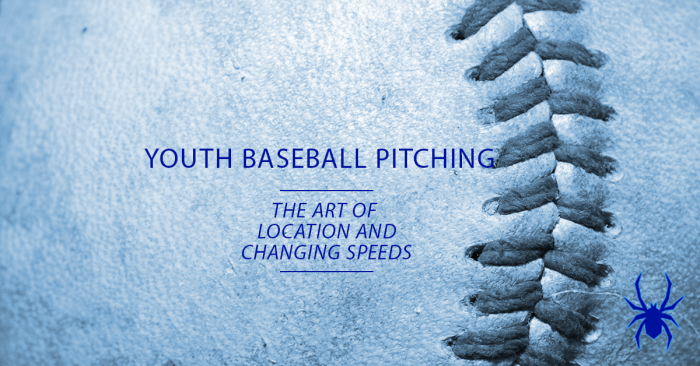 It seems that every youth baseball pitcher wants to do two things: 1) Throw 100 MPH and 2) Throw a curveball.

The truth is that neither of these things is necessary to have success at the youth level, particularly at younger age groups. And if we’re going to be honest with ourselves, both things — when not coupled with perfect mechanics — are bound to result in arm injuries.

The older players get, the more important velocity and breaking pitches become. However, that doesn’t change some primary requirements that allow pitchers with even average skills to find some success.

While we coaches are always on the hunt for “special” or “game-changing” pitchers, they are few and far between. However, that doesn’t mean that you can’t have great success on the mound.

There are three primary requirements for success at the youth level, assuming you don’t have that rare pitching talent (and most teams do not):

Now, I’d say that these three are important no matter what — even if you have a pitcher who is a special talent. Eventually, you’ll run into a team that can hit just about anyone, and you’ll need to be able to handle it.

We talk about the importance of having pitchers who can throw strikes, and this is mostly true. But pumping fastballs down the middle won’t lead to success. You need pitchers who are capable of hitting specific spots in the right situations — sometimes just outside of the zone.

Similarly, it’s imperative that you have catchers who know how to call a game. I hate over managing, and I’d prefer not to call pitches from the dugout. I’d much rather have a catcher who is smart enough to call the right pitches at the right time and entrust him in that role.

When a pitcher and catcher work together to keep a batter off balance, they may not eliminate contact altogether, but they’ll limit hard contact. While making defense more important, it makes a fielder’s job easier to handle pop-ups and soft grounders as opposed to hard line drives.

In the past, we talked about the art of hitting — focusing on selective aggression. Today, let’s take a closer look at the Art of Youth Baseball Pitching, and what your pitchers and catchers should be focusing on…

Success in youth baseball often comes down to the pitcher and catcher. This is how to do it... Click To Tweet

No pitch is more difficult to hit than one that is low and away. And it really doesn’t matter much whether it’s a fastball or an offspeed pitch. It’s tough to handle!

At the youth level, umpires often give pitchers a little leeway around the plate. Depending on the umpire, you’ll often see one or two baseballs width called off either side of the plate.

Very few hitters can handle this pitch. If they swing at it, hard contact is rare. Young players will often try to pull it, resulting in a slow dribbler — if any contact at all.

The low and outside pitch is particularly difficult to hit for smaller hitters who struggle to cover the plate. Really, it’s often not fair when this pitch is called a strike, but it often is. Take advantage of it!

Pitching low and away will also help you limit the damage with the other team’s strongest hitters. While they may be able to handle that pitch, they will still struggle to drive it the way they do a pitch over the plate.

2. Fastballs In On the Hands

While you could often get away with throwing pitches low and away consistently, a good hitting team will eventually figure it out and look for it. That’s when fastballs in on the hands can become especially effective.

A fastball at chest height either on the corner or just inside can be particularly difficult to hit when used in addition to a steady diet of low outside pitches. A hitter looks low and away, and then a ball comes in on the hands. They either take it or fail to pull their hands in promptly.

An offspeed pitch isn’t recommended in this case as the slow speed will allow the batter the time to bring his hands in and pull the ball hard. Velocity — even when the pitcher doesn’t throw all that hard — is important.

Height of the pitch is important here as a lower inside corner pitch allows the batter to get the barrel of the bat on the ball. Pitching on the hands — or even a little high — takes a skilled batter with quick hands to hit it hard.

You can’t live on the hands as a hitter will eventually look for it and cheat, pulling it hard. But when used as a surprise pitch, it will frequently lead to jamming the hitter into a weakly hit ball.

Your pitcher is throwing fastballs away and in on the hands. This is good. But let’s mix it up even more with offspeed pitches to really get the batters off balance.

When I refer to offspeed pitches, understand that these don’t need to be curveballs. They can be changeups, knuckleballs or simply a slower fastball. But they need to be controlled. Changing speeds is one of the most important weapons a pitcher has against the batter.

It’s important, though, that these pitches are low — even out of the zone. A high offspeed pitch is dangerous and if a batter adjusts will result in a hard hit ball — often to a deep part of the outfield.

The beauty of low offspeed pitches is that a batter who is tuned in to the fastball will think that the pitch is going to be a knees to belt high strike. But with less velocity it drops at the end, falling out of the strike zone or even in the dirt.

When a batter isn’t looking for the offspeed pitch, they will often swing too early at that pitch in the dirt. Feel free to mix it up outside (even for strikes), down the middle or inside (both preferably in the dirt).

This can be a dangerous pitch if not used strategically. So it should be used at the right time.

Use it when a pitcher has above-average velocity. Use it when they’ve been living low and the pitcher is up in the count. Use it when a batter holds his hands too low, making it difficult to handle high fastballs.

The key here is to be out of the zone. Since the better hitters will handle the high fastball just outside of the zone, go higher for them. This is often just a purpose pitch to change eye level. If they chase, make sure it’s in your favor.

5. Avoid the Meat of the Plate

Again, it’s important to have both a pitcher with good control and a catcher who knows how to work the batter.

Far too often, young catchers take their position right down the middle. That is terrible for the pitcher. By lining up on or off the corners, it not only gives the pitcher a better target for a pitch that is difficult to handle, but an umpire is more likely to call a strike if the catcher doesn’t need to move much to receive it.

For the most part, the catcher should move from side-to-side throughout the game. Sometimes around the inside corner and sometimes outside.

There are exceptions, of course. When facing a weak hitter, sometimes there is no reason to mess around. Or if in a situation where a strike is needed. Or if your team has a big lead, and you’re willing to dare the other team to hit the ball.

In general, though, you want to spend more time around the corners and not set up down the middle.

6. Be Unpredictable In the Count

Youth pitchers tend to be far too predictable. Against the typical team, this may not be an issue. But against the better teams, you will get burned.

We see it all the time: The pitcher is up 0-2 or 1-2, so he comes with an offspeed pitch. It’s incredibly predictable. And a smart hitter will be ready for it.

Granted, it’s all about risk and reward. Sometimes, you need to come in with a strike to avoid throwing too many pitches. But when batters don’t know what’s coming, they are likely to become frustrated.

Work with your pitchers and catchers to throw offspeed pitches at unconventional times to the better hitters in particular. These are the players who can hurt you most and you need to approach with caution.

Where are we in the order? Is it the top, middle or bottom of the lineup? How many outs are there? What has this batter done against you before?

Situational awareness is important when deciding what to throw to the current hitter. There’s typically no reason to get cute with the bottom of the order, though some teams have great hitters from top to bottom. For most bottom hitters, though, you can come in with mainly fastballs around the plate.

It’s more than just the order or whether a batter is a power hitter or not. You also need to consider how that batter approaches the pitch.

Has the batter been behind the first two pitches? This is not the time for an offspeed pitch.

Has the batter pulled the first two fastballs hard and foul? You should absolutely be looking to change speeds — preferably away.

Also look for a batter who has zeroed in on the offspeed pitch. If they are hitting that pitch to the opposite field, it may be time to come in with a fastball.

One reason I’d rather the catcher call pitches is that he will have a better view of how the batter is placed in the box.

Is the batter crowding the plate? Come in with a fastball on the hands. Maybe come in twice and see if you can get him off the plate. When he does, go low and away.

Is the batter standing off the plate? Go low and away until he adjusts. When he starts looking that way, come in with a high fastball.

Too many youth coaches look at pitching as being something either you have or you don’t. They think they need pitchers who throw extraordinarily hard or have a curveball.

The reality is that any team can have success, even without high velocity and a breaking pitch. But they do need a pitcher with control, a smart catcher who works the batter and the ability to mix up location and speeds.

What do you think about this approach to pitching? Anything you’d add?